HUGE CROWD GATHERS FOR "GATHER AT THE RIVER" CONCERT

Our Savior's Lutheran Church released the album "Gather at the River" at a debut concert on Sunday, November 15th at 2:00 p.m. A tremendous crowd gathered to hear Horace Magnusson play selections from this recording and obtain their own signed copies of the album. 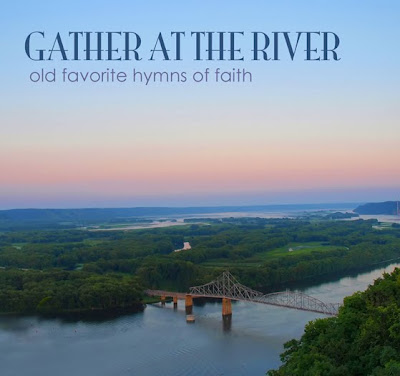 At the start of the concert, Pastor Laura Gentry introduced Horace to the eager audience. 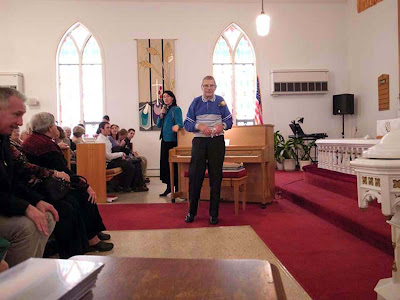 Horace played selections from the album and additional numbers for about fifty minutes. 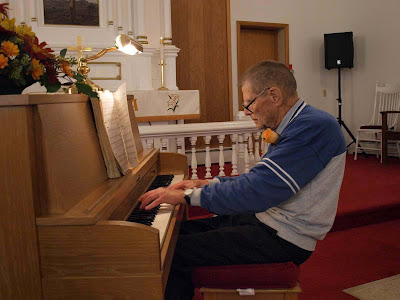 At the conclusion of his musical set, Horace received an enthusiastic, standing ovation from the enormous gathering. 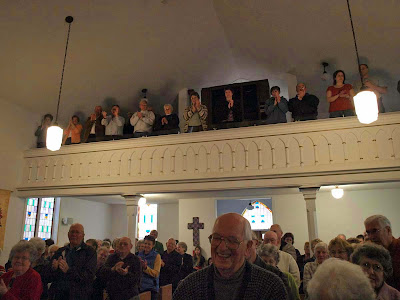 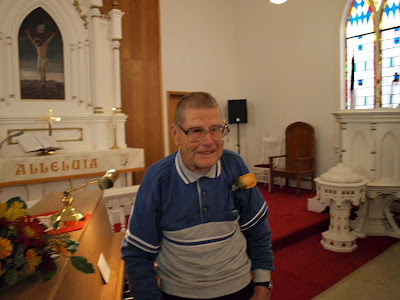 A brief question and answer session was held to allow audience members to learn more about Horace's musical style as well as the process of recording an album. On man asked: "What inspired you to make this recording at age 90?" Horace simply laughed and pointed to Pastor Laura. 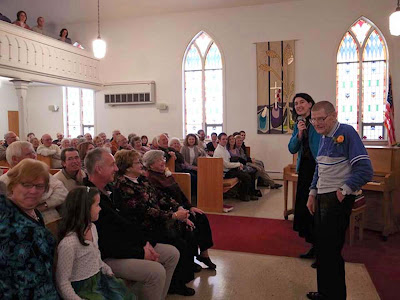 After the concert, Horace was busy signing his autograph on the albums while Betty Estebo assisted. 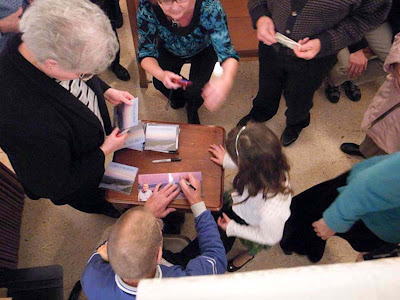 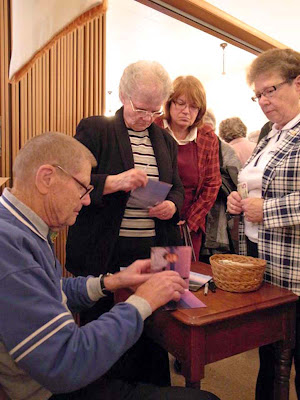 Many friends and family members were happy to be present at the concert and greet Horie and the church members during the reception. 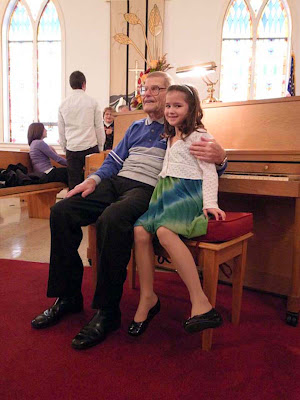 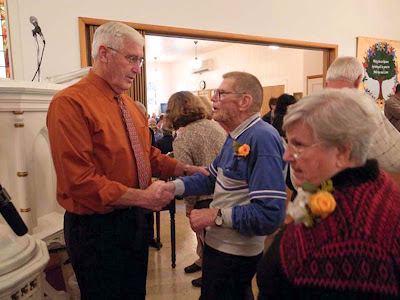 Horace's son, Tom, explained how he keeps needing more albums to give his friends. He is pictured below visiting with Amber after the concert. 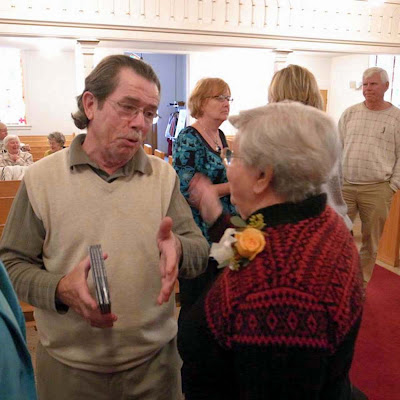 Monseigneur Ed Lechtenberg, long-time friend of Horie's, was happy to attend the concert. 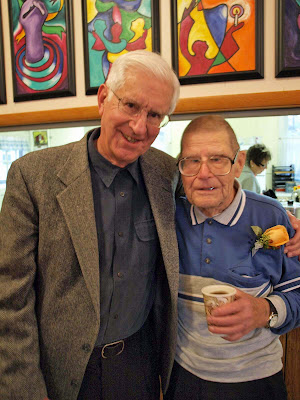 Our Savior's member, Gayle Bahlmann, congratulated Horace during the reception. 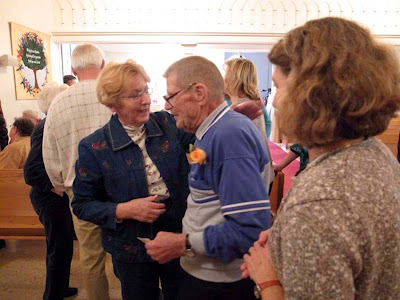 Horace and his wife, Amber, were still smiling at the end of the exciting event. 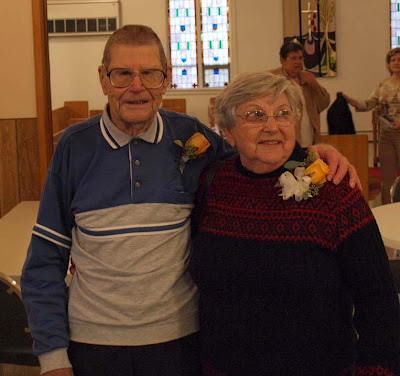 Posted by Our Savior's Lutheran Church at 9:14 AM