Janice Clark's husband, Jay, passed away on Monday. Our thoughts and prayers are with her and her family.


Visitation will be held on Friday, November 23, 2012, from 4-8 pm at the Thornburg – Grau Funeral Home and Cremation Service of Lansing, Iowa.

Condolences may be left with: www.thornburg-graufuneralhome.com.

Jay was united in marriage to Janice Ferguson Tofte on April 20, 1981, in Waterloo, Iowa. He worked at Rath Packing Company in Waterloo as a hog buyer and was also a Feeder Pig Dealer with Premium Livestock until his retirement and continued as a consultant until his passing.

Jay was preceded in death by his parents.

Visitation will be held on Friday, November 23, 2012, from 4-8 pm at the Thornburg – Grau Funeral Home and Cremation Service of Lansing, Iowa.

Memorials may be given in Jay Clarks’ honor to Friends of Pool 9.

Posted by Our Savior's Lutheran Church at 5:16 PM No comments: 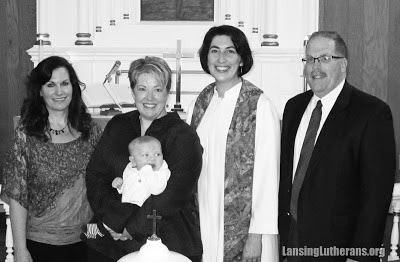 Jaxon Dean Kolker of Coralville, Iowa was baptized at Our Savior's Lutheran on Sunday, November 11th. Jaxon is the son of Dr. Justine Kolker. He is pictured above with his sponsor, Susan Bixenman, his mother, Pastor Laura Gentry and his uncle and sponsor, Joel Kolker. We welcome Jaxon into the family of God!


Posted by Our Savior's Lutheran Church at 12:54 PM No comments: 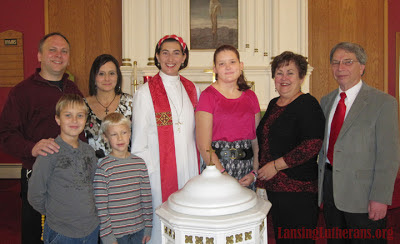 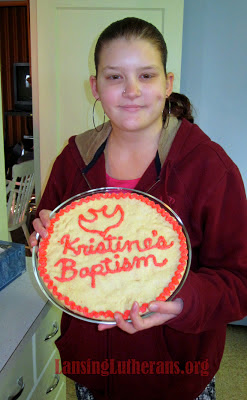 Following the service, a reception was held. Here Kristine poses with the big cookie served in her honor. We are delighted to welcome Kristine into the Lord's family!

Posted by Our Savior's Lutheran Church at 1:46 PM No comments: