Our congregation held the second annual Riverboat Worship Service on Sunday, August 23, 2009. The large group of worshippers set sail at 9:00 a.m. aboard a 98-passenger boat from the fleet of The Mississippi River Explorer Cruises for a morning of worship and fellowship in the great outdoors.
Our worship accompanist, Tom Bourcier, played the church's electronic keyboard and Pastor Laura played guitar while the children aboard played percussion instruments as we sailed around the worship. Together, it made for a joyful musical experience.
Kaylee Kristyn, the 13 year-old daughter of Reggie and Dawn Lawson of Waukon, was baptized by full immersion in the river. Captain Jack Libbey brought the boat into a sandbar at the time of the baptism so people could disembark to more closely witness the baptism. This tradition of baptizing in the river began last summer when Danielle Gabel-Wittman and her son, Cameron, were baptized during the riverboat service.
Following the service, Tom continued to play music. A surprise party was held to celebrate the 80th birthday of Bob Grover. Cupcakes, coffee and soda were served during the fellowship time. Pastor Laura made balloon hats on the front deck for the kids.
The slideshow below is made of photos from Burnell Smith and various youth group members. The soundtrack is from the new album by Hory Magnusson.

Posted by Our Savior's Lutheran Church at 2:50 PM No comments:

ALBUM HAS BEEN RECORDED

Our Savior's is in the midst of producing an album called "Gather at the River" of Horace Magnusson playing hymns on piano. As a congregation that values the ministry of music, we've decided to embark upon this unique project in order to share the great hymns of faith with our community.
Hory was chosen to be the artist of this recording because he has a long history playing music both in and out of the church in Lansing. He performed in dance bands throughout the region for many years. As a life-long citizen of Lansing and long-time member of our congregation, he has shared his musical gifts by singing in the choir and periodically playing piano and organ for worship. He also plays weekly at the nursing home in town. He is currently 90 years old and still playing the piano with his own, unique flare. The council decided it was high time we preserve Hory's music and share it.
This full-length album was recorded at Sound Strations Recording Studio in LaCrosse, Wisconsin on August 6, 2009. It was the first time Hory had been in a recording studio and also the first time he'd played a baby grand piano. Yet he made those keys sing. Give him a listen by playing the brief video clip below.
Here are some other photos from the recording session including some with grammy award-winning sound engineer, Brett Huus. 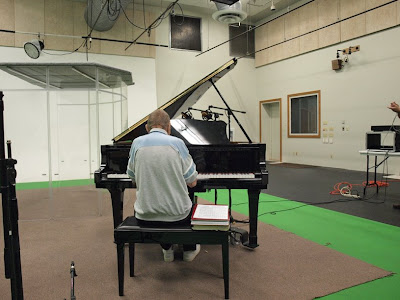 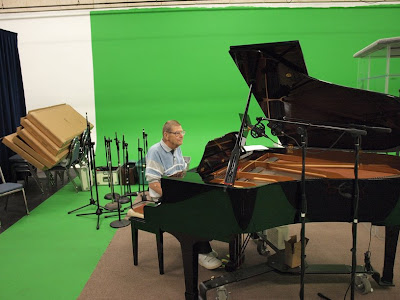 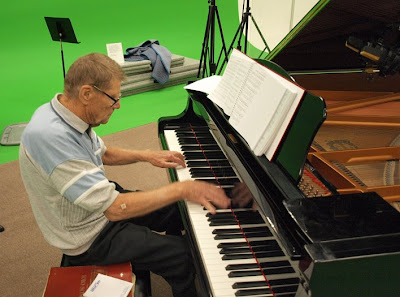 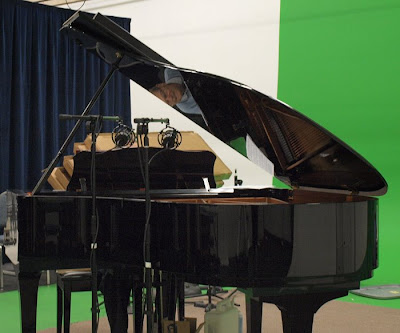 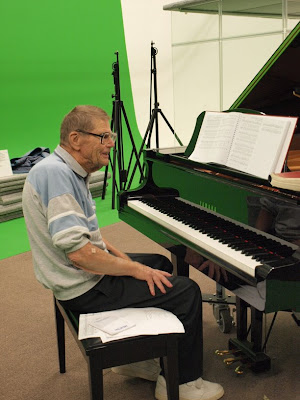 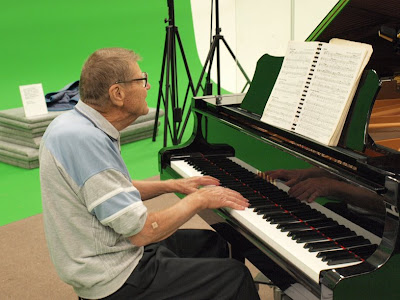 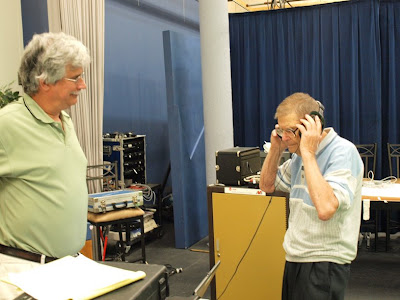 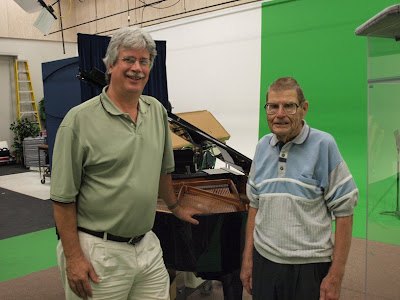 The finished album will be released sometime before the end of the year. We'll be posting another blog when that happens.
Posted by Our Savior's Lutheran Church at 5:26 PM No comments: 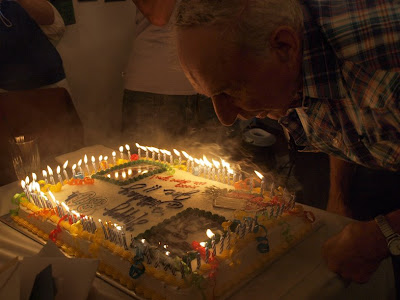 Our Savior's member, Dorothy Becker, organized a surprise party for her the 80th birthday of her husband, Joe. Indeed, she pulled it off and truly surprised him. Here he is blowing out all those candles—not an easy task. We wish him a happy birthday!
Posted by Our Savior's Lutheran Church at 10:00 PM No comments: 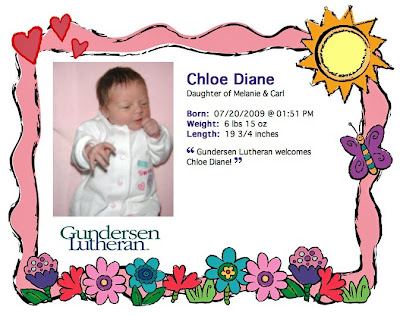 We congratulate our members, Carl and Melanie, upon the birth of their baby girl Chloë Diane. Double click the photo above to enlarge.  Our prayers of joy and gratitude are with them as they celebrate this blessing.
Here's Melanie in the nursery the week before she delivered. 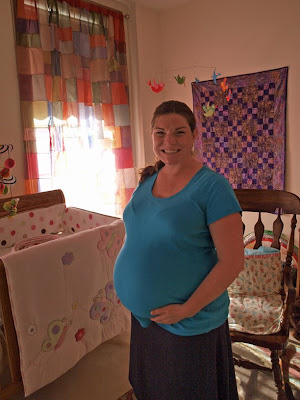 And here she is with Chloë. 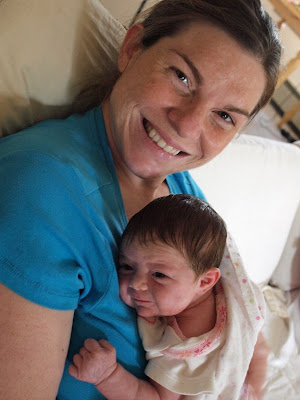 Carl with his daughter. 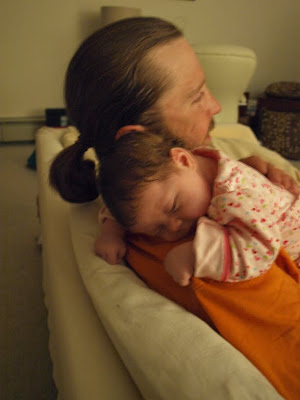 Posted by Our Savior's Lutheran Church at 11:07 AM No comments: