On Sunday, May 25th, Paxton Grant St. Mary was baptized. He is the son of Amanda Romie and Tyler St. Mary and the little brother of Austin. We welcome him into the Lord's family!


We also received a group of new members that day, which include Tyler St. Mary, Amanda Romie and their boys Austin and Paxton; Barb Scottston and Randy "Gus" Gustafson; Samantha Rosas and Brian Creasman and their daughter, Nayelly; Chuck and Barb Weipert and their boys Austin and Adrian; Andrea Vinson and her girls Megan, Macy and Gracie. A reception was held following the service to celebrate the reception of these new members.

Posted by Our Savior's Lutheran Church at 9:43 AM No comments: 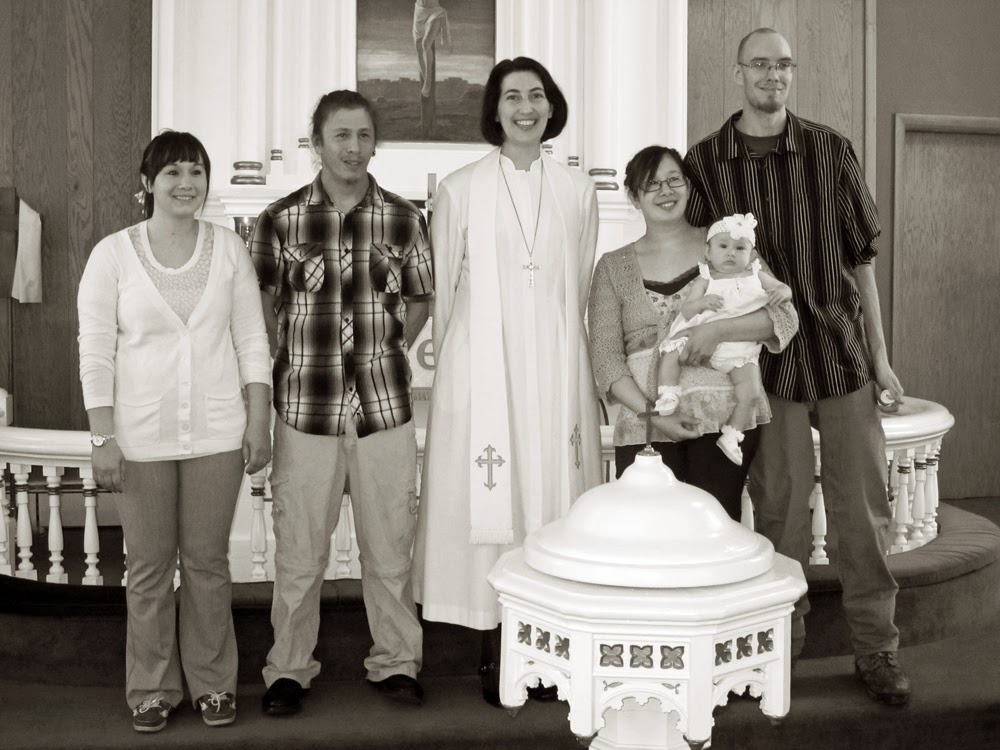 Posted by Our Savior's Lutheran Church at 4:03 PM No comments:

THE BIBLE CABARET IS COMING TO LANSING

Comedian and United Methodist Church minister, Jane Voigts (janevoigts.com), will be debuting pieces of a variety show unlike any other.   The Bible Cabaret:  A Comedy and Music Revue Starring the Old and New Testaments is an exploration of how the Bible works as comedy, as a sacred text with a surprisingly playful spirit intended to make us laugh.  The Cabaret has appeared on stages in Los Angeles and Minneapolis and is now coming to Our Savior’s Lutheran Church, 480 Diagonal Street in Lansing, Iowa on Sunday, May 18 at 9 a.m.


Says Rev. Voigts, "It's commonly understood that humor is one of the best avenues for delivering messages, especially serious ones.  This truth was not lost on the ancients.  There is actually a lot of delightful as well as stinging satire,  self-lampooning, goofy riddles, trickster adventures and more, and throughout the text, from beginning to end.  So much of the Bible is better suited to Saturday Night Live than the History Channel."

Jane will be performing a brief series of comic monologues and character sketches based on the Bible and its comedy.  This will be held within the context of worship. Watch an excerpt from the introduction to the show at: https://www.youtube.com/watch?v=BH44_C02ApA.

Jill Soloway, writer, director and producer of the TV show Six Feet Under, highly recommends the work of Rev. Voigts. She writes: "Nobody can bring out the spiritual potential—of polyester pant suits—and inspire others to do the same than Jane Voigts. Her imagination and soul are a wonder. And HILARIOUS! She's one of the great hopes for modern religious life."

In 2013 Rev. Voigts was pastor of the experimental "LA Comedy Church" in Toluca Lake (a neighborhood of Los Angeles).  She is currently residing in Iowa to care for her ailing parents and continue developing The Bible Cabaret and related projects. While in the area, Jane will also be performing at the Laugh-Fest of the Midwest, which is being held May 16-18 in Ferryville, Wisconsin.

EVENT: The Bible Cabaret:  A Music and Comedy Revue Starring the Old & New
WHEN: Sunday, May 18 at 9 a.m.

ADMISSION: A freewill offering will be taken, no tickets needed

Posted by Our Savior's Lutheran Church at 8:30 AM No comments:

On Sunday, May 4th, we had a wonderful day at worship that boasted two baptisms, four students receiving their first communion and a guest musician from Minneapolis.

Macy Lynn and Gracie Rose Vinson, daughters of Andrea Vinson and Randy Vinson were baptized. Their baptismal sponsors are their uncle and aunt, Ron and Marsha Vinson. We are delighted to welcome them into the family of God through this holy sacrament.

The first communion students, who had prepared for their big day by taking a class and completing creative projects, are: Megan, Macy and Gracie Vinson and Austin Weipert. What an exciting day to welcome these young people to the Lord's Table!

We also enjoyed the musical stylings of Minneapolis based musician, Jonathan Rundman. A professional songwriter, recording and performing artist, Rundman introduced the congregation to his original liturgies. His music has been featured on the Ellen Degeneres Show, CBS This Morning, and National Public Radio. He has received rave reviews from Billboard, The New York Times, Performing Songwriter, Paste and countless regional publications. Following worship, Rundman played an informal concert. Learn more at: http://jonathanrundman.com.

Posted by Our Savior's Lutheran Church at 3:37 PM No comments: